Unicorns are fascinating. They are mysterious, shy, rare, and beautiful.  Many of the of the old stories say they had the ability to heal, which has always fascinated me. They are in the folk tales and mythology of almost every part of the world–and so are Zombies.

When Holly Black contacted me about writing a short story for the anthology she and Justine Larbalestier were planning :  http://pages.simonandschuster.com/zombiesvsunicorns ..... I was thrilled to be included. I was team unicorn, of course! I had written stories about unicorns for young readers, and I was excited to write the darker side of unicorns for teens and YA readers.  Once I started the story, it dragged me into deeper and darker explanations of how the ability to heal might shape a unicorn’s life, his ethics, his needs. It became far darker than I could have imagined.

It is the possibility of both darkness and light that make unicorns awesome.  As much as I love zombies (and I DO) they are always more or less the same. How people deal with them, survive them, escape/hide/destroy—mourn the friends who become zombies—all of that is interesting and exciting, yes. It can make for great books and films and TV shows about how human beings react when zombies stumble into their towns and cities.  But unicorns aren’t that simple. If you saw one leaping across an intersection, or hiding in the woods, you wouldn’t know how to react, whether to be scared or astonished or grateful or crazy or...?. The old  tales are vague and varied and ancient. There are just so many things we don’t know about unicorns...
Posted by kathleen duey at 2:31 PM 4 comments:

Email ThisBlogThis!Share to TwitterShare to FacebookShare to Pinterest
Labels: My Books 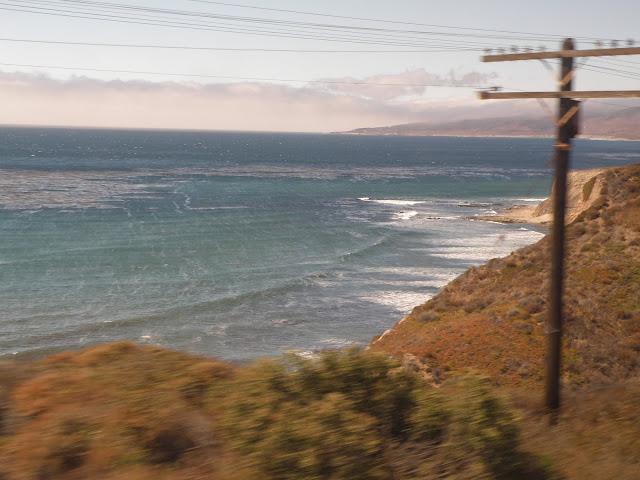 It was FUN.  It was wonderfully well run and I learned a great deal!   I also got to take a train ride, which is always a plus for me. This train-window shot is worth enlarging just to see the color of the water. It was a cloud/sun day, so it changed constantly....
Posted by kathleen duey at 10:45 AM No comments: 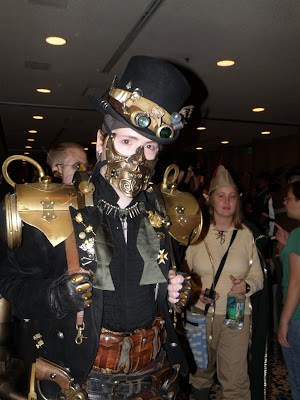 DragonCon is a huge event that is much like a small city, assembled within a big city, if that small city had to be built and inhabited overnight, and could exist for only four days a year....and if it were populated with an explosively creative citizenry of all ages, including pre-natal and post octogenarian.

There is, every year, a blood drive near the YA track rooms. Vampires line up next to corsetted and begoggled Steam-Punkers, Elves, Zombies, Jokers, Storm Troopers, and the astounding variety of one-of-a-kinders.

Email ThisBlogThis!Share to TwitterShare to FacebookShare to Pinterest
Labels: DragonCon

There are no bad words....I am almost sure.

I got two very thoughtful, very kind, messages this past week telling me that my Resurrection of Magic books are well written, absorbing, and very hard to put down, but that "foul language" was an issue for both readers. If you have read the books, skip the next section. If not, you might want to skim it.

First story: Sadima is a damaged, gentle person trying to make sense of herself and a young man she loves—even though he is tangled up in the rage and ambition of a fanatic who is intent on re-discovering magic and changing the world at any cost.

Second Story: Hahp is trying to survive (200 years later) in the decaying and brutal academy that is eventually founded by Sadima’s companions. It is a strange and terrible place. Hahp, 11 years old at the story's beginning, often uses the word "crap" in the first book and uses f-word twice. In the second book, (just over 550 pages long ) he uses the F-word fifteen times--about once every thirty six pages--and the word "crap" only twice. He has outgrown it, I think, and/or it no longer provides the rage and terror release it once did.

Neither of the people who wrote me made a single comment about the ordeal of either character, even though both are nearly destroyed by what happens to them. The books are very dark. Both readers were bothered by specific words Hahp used. All the “language” issues are in Hahp’s story, I am almost certain. Sadima copes with her experiences in other ways.

One person said it was impossible to recommend the books because she would be embarrassed if friends found out she had read them. Reading the third book when it comes out would be impossible, too, she said, so she would have to "make up an ending" to the “amazing” story because of the “profanity”. She closed with "I won't read the next one for fear of the same bad language." If she had used any word but *fear* I probably wouldn’t be writing this.

The second writer said she couldn’t wait to read the third one and explained that it was a single word that bothered her most (for clarity, it starts with F, rhymes with truck, was said 15 times in a 550 page book, or about once every 36 pages.. She said she had read a lot of books for teens and that few if any used that word. (this is not my experience, but maybe I pick dark books) She wanted me to realize that a great tale can stand on its own without foul language.

I agree.
Completely.
Unless it is what the character would say.

I try hard to stay out of the way and to accurately record what happens. I never give the use of language by any character ten seconds thought. As loopy as it will sound to people who don’t write books, I never restrict the language of my characters: I have no right to do so. And I need to admit that if Hahp had even once said "Gosh, this is terrible," I would have canned him as a shallow and souless protagonist unworthy of the book and its readers and I would have held another casting call.

So here is my very respectful response to two people who could not have been more respectful to me in bringing up an issue that genuinely disturbs them both:

My own opinion is that words are words. There aren't good or bad ones. All exist because they were useful to human speakers for one reason or another. Some carry huge emotional freight…sometimes. Others don't. Many words, spoken or shouted with anger and/or hatred, can hurt. They can also sometimes ease the heart of the shouter, prop up courage, or announce a line drawn, hope abandoned, hope reclaimed, and so much more. They can build a proud wall between a bruised heart and bottomless despair. The use of words to communicate with ourselves and others is not a simple issue and it is a deeply personal one.

Interestingly, Hahp is using much less strong language in book #3—at least so far. He is older now, almost 16, and has seen more inhumanity that I ever will. He doesn't seem to need to prove/announce/prop-up his courage like he did a couple years ago. Yet anyway. He has nearly drowned in random and deliberate cruelty and confusion, and he has found a way forward in spite of it. He is a decent, fair person in a sea of brutality and has faced decisions that would torture anyone of any age.

I admire him.
I don’t care what words he uses to describe his story.
I just want him to survive.