I have been writing about my writing, avoiding spoilers, but trying to paint a portrait of the day-to-day oddness that is the core of writing any novel.
I want to thank the kind people who have been waiting for this book for far too long (there are reasons, not interesting ones, for the delay).


Hello and thank you!!   I love it when you find me on FB, here, my website: http://www.kathleenduey.com, and twitter @kdueykduey


If you want to read the writing updates in order here are the links:


Today's writing will take me back to a place I don't want to go. The characters are real to me, especially now, in the third book of the trilogy...

I wrote most of the chapter yesterday, was amazed at the turn it took, stopped writing and answered fan messages for an hour or two instead of facing what I knew was coming.  Today, NOW, I have to go back.


The City of Limori has been destroyed by war so many times over the centuries. Wizards and kings, back and forth, the people  swept up into a battle they become convinced is their own.
But it isn't.  It never was.


I was awake much of last night and slept in until 7:30am-- unusual for me.  I have been sitting at the desk, writing notes from last night's insomnia-blast of revelations. I am just about to start writing for the day, a chapter with Hahp and Gerrard. They have learned to survive the pressure and disorientation of the dark passages they live in, the strange tests they are given. But now, the wizards are gone and everything has stopped. Why?


8.1.2011
I spent a lot of yesterday rereading what I have written so far. I also read first person accounts of coal miners and documents from early American mines that describe the effects of working and living underground--and being trapped there. So now I know that what Hahp said yesterday is true, that what he is feeling is not unusual and what he intends to do is a typical human reaction. And I know now what will happen to him if he manages it...


I do critiques sometimes and yesterday was full of talking to people about their work.  It's always interesting and always makes me see my own work more clearly. So today I am going back into the dark stone corridors with no idea what will happen, just that I need to be there to record it when it does.


Did more critiques yesterday, two by Skype.  Critiques in LA: twenty minutes (they have to, the volume of writers is massive) When I do them from home, average time about an hour.  Two more today, later in the day. For now, I am about to sneak onto the green of Limori's Market Square in the middle of the night and see if I can find out who is building this thing. (see below)  And why.


I thought I knew what Somiss wanted, what he has searched for all this time. And I was wrong. I have three writing sessions planned today interspersed with my usual critiquing, tree trimming, planting, gardening, etc. The deepest insights come when I am outside doing something physical.  This one did, yesterday. I dropped the shovel and ran for my office.


I sort of auto-wrote something last night, right before I shut down to go to bed. I was in that tired, defenseless, fluid/creative state that disconnects writer-support from the character--and they begin to breathe on their own. I think it is the protagonist of the next book talking to me. I hope so. If it isn't, whoever she is, she will get a book out of me
someday.  (or the reverse?)


**added two days later***....below the photo is a short excerpt of what she said to me last night:

If you want to read all the recent  updates you can find them here:

Or you can just start with this one and fly on....

Book #3 of A Resurrection of Magic, in progress:

Late last night I finally understood the difference between  the acceptance of  love and the call of duty for three of the characters. I don't like what this means in terms of where I have to start today, but I don't have a choice. And it is after ten o'clock am here in CA and I need to stop procrastinating NOW.  Sigh.  Sometimes writing is painful.
The first two of the trilogy:

And now, back to the city of Limori, and everything it is hiding...

In Limori Sadima is isolated and facing a decision so huge that I keep starting the scene over and over, because it hurts to write it and the last part will be the worst if it goes the way I think it might. Hahp and Gerrard are still both alive, both angry, and scared.  I am hoping for some kind of happy ending but I can't see it from here. Yet. I am about 3/4s done. I think. I hope. It is getting longer and longer.. 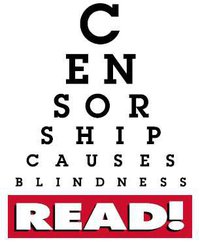 I wrote a scene last night that I am almost sure will be "questioned" once the book is out. Sigh. I will read it again this morning and see if I was right about it being inevitable, necessary. I am almost sure it is. No actual sex involved...but there are other things.  Fantasy seems to slip past the censorship fans. We'll see.


I am getting into the part of the book where things tighten and slowly begin to fall into place. I  find there is almost nothing I can say that isn't a spoiler. Market Square is a dangerous place now.  The poor people hold their children close and the rich are hiring guards.

First, I want to thank the people from all over the world who are reading this blog--about 500 of you this week so far!

Next:
Thanks to everyone on Face Book and Twitter who stay in touch and read these updates!!

WRITING UPDATE
In Limori, there is a rising chaos. This is the first time in the city's history that powerful merchants and City Magistrates (most descended from the old royal houses) are dealing with Magicians who have prolonged their lives in order to perfect magic. This is the first time Eridians have had both wealth and influence. There will be no easy victory this time, fought only by guards hired by each faction. There will be no behind-closed-doors compromises made.

Sadima, Hahp and Gerrard are still alive... and that's all I can say without spoilers. (trust me, I just tried four or five times to be vague enough and couldn't.)

Thanks for all the messages here and FB and Twitter and my website http://www.kathleenduey.com
Every kind word about my books is wonderful and appreciated.


7 22 2011
Sometimes it is music that shows me how to write a scene.  This morning, thanks to Elvis Costello and Fiona Apple for a lesson in immersion, conflict and  pain.  (and thanks to Richard for sending this to me weeks ago. I have watched it many times since)
http://www.youtube.com/watch?v=EiOmhOumh-w

Posted by kathleen duey at 10:18 AM No comments: